As a continuation of our project Greening with Goethe, we conducted an awareness program for the students of class IX.
At the outset Abiraami & Nithya gave an overview of the project and explained what it was all about.
Abiraami & Nithya took turns to explain chronologically all the developments that had taken place. The students were told about the aims and objects of the project, the agency conducting the project, the visit to  Bremen by our students, the result of the conference. The subsequent interviews conducted by us and also about various awareness programs
The student were also told about the blog that has been created. The blog was actually shown and the contents there of was explained in great detail.
At the end of the session there was question/answer session and the details of the same are as follows;

2. Do you call some one to take away the used CD's or do you just throw them away? Please tell us what do you do with the old CD's?
They told that they were not aware about the proper disposal of CD's, they just throw them away. They asked if there was any one or any agency which will take away the old CD's? We told them about an NGO Paper man and about the Kabadiwallas.

3. Are you aware of hazards created by CD's?
They told us no.

4. Are you aware of alternatives to CD's?
They told us, pen drives, Hard discs,etc. But they asked if these alternatives help?
We told them that one pen drives can store information in perhaps tens of or hundreds of CD's and can do away with CD's "once and for all".
These pen drives last longer than CD's and are less hazardous.
In the long run some alternatives for pen drives and hard disks may also be formed which may be even less polluting and hazardous.

5. Why are you buying CD's when you can buy pen drives?
They said "because pen drives are costlier and CD's are cheaper. Further we did not know that the CD's are so harmful"
At the end of the awareness program the students gave an assurance that they will not throw away or dump the CD's carelessly, but they will take efforts to put it in the blue e-waste bin especially created for it in our school and also told that they will take efforts to see that CD's are properly recycled.

Few pictures taken during the program are given below, 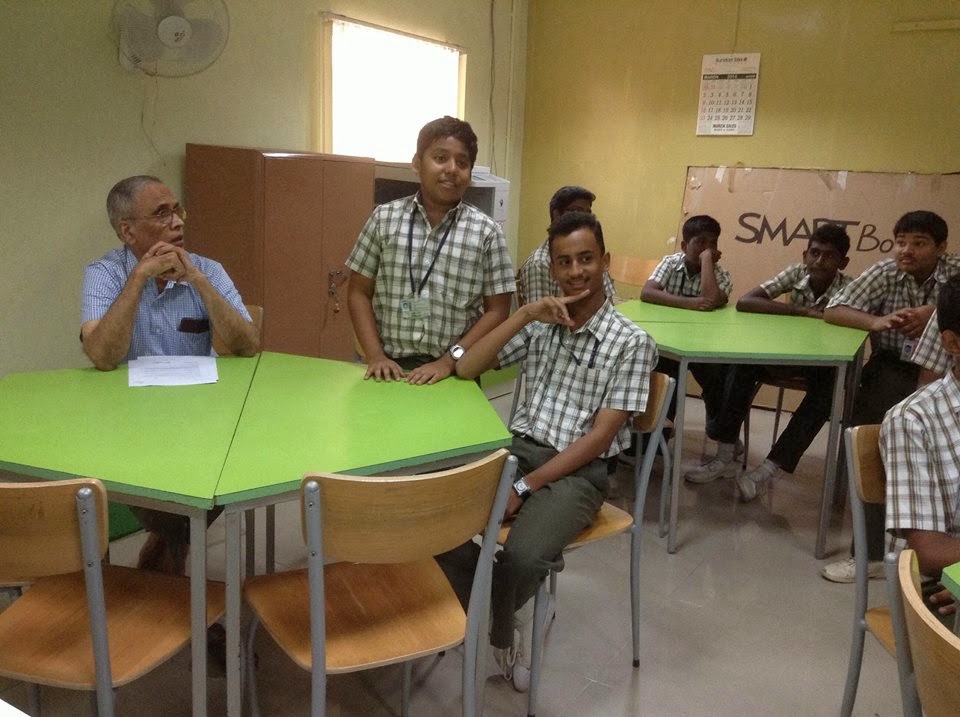 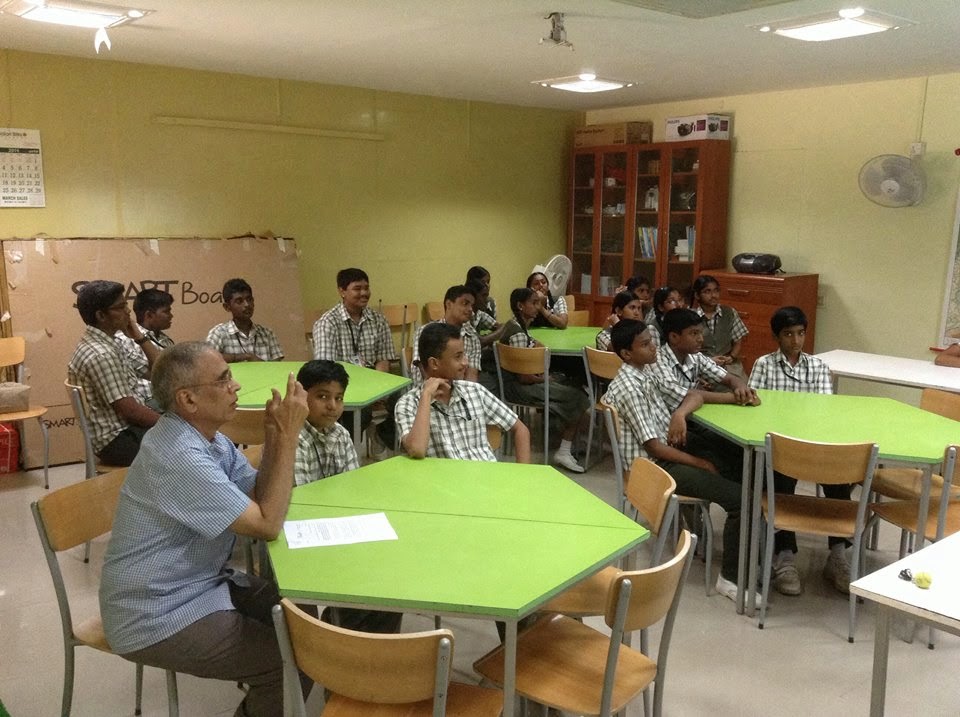 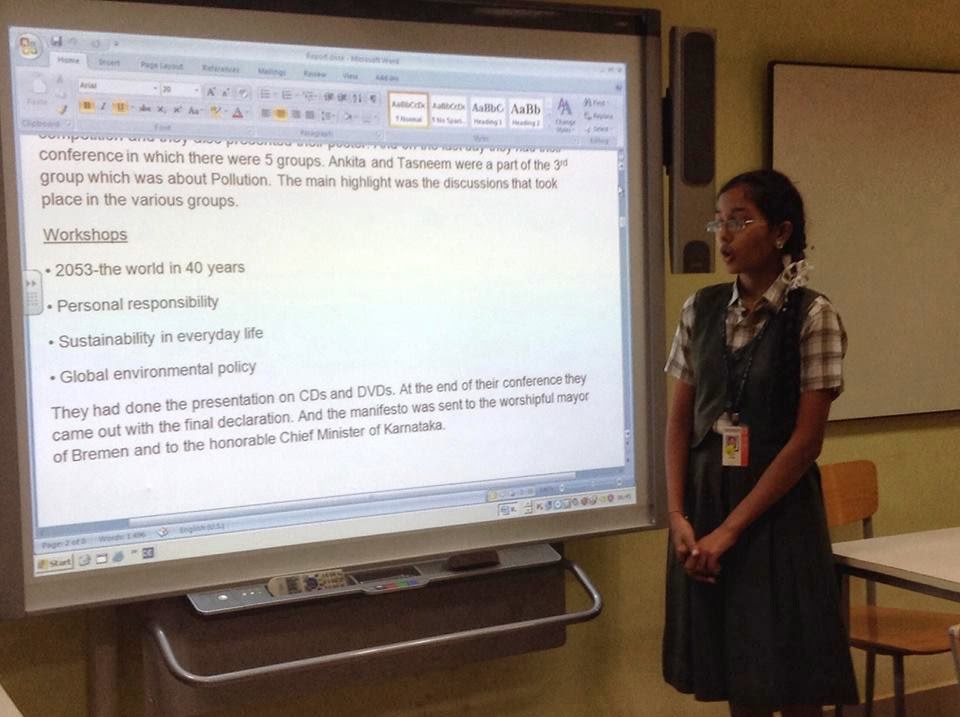 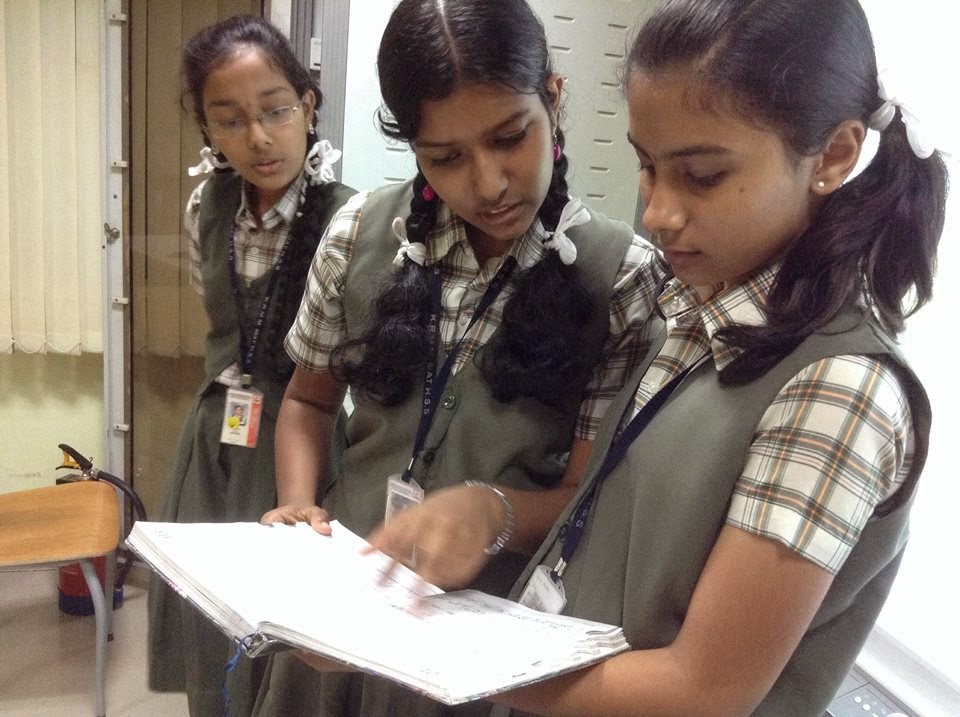 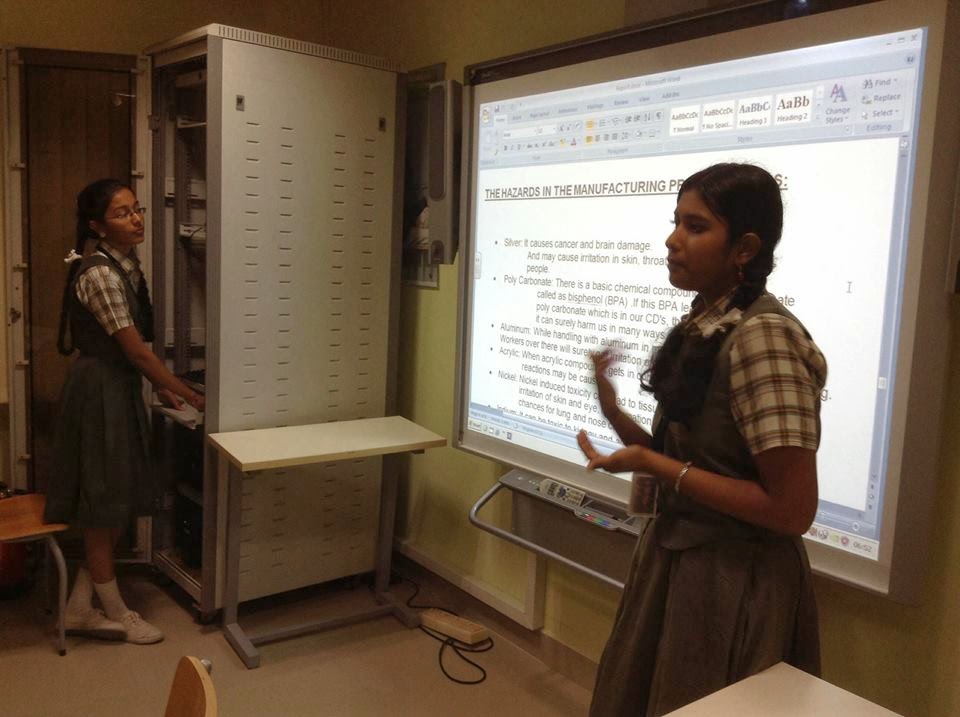